Prill and granular urea stabilized with a urease inhibitor. 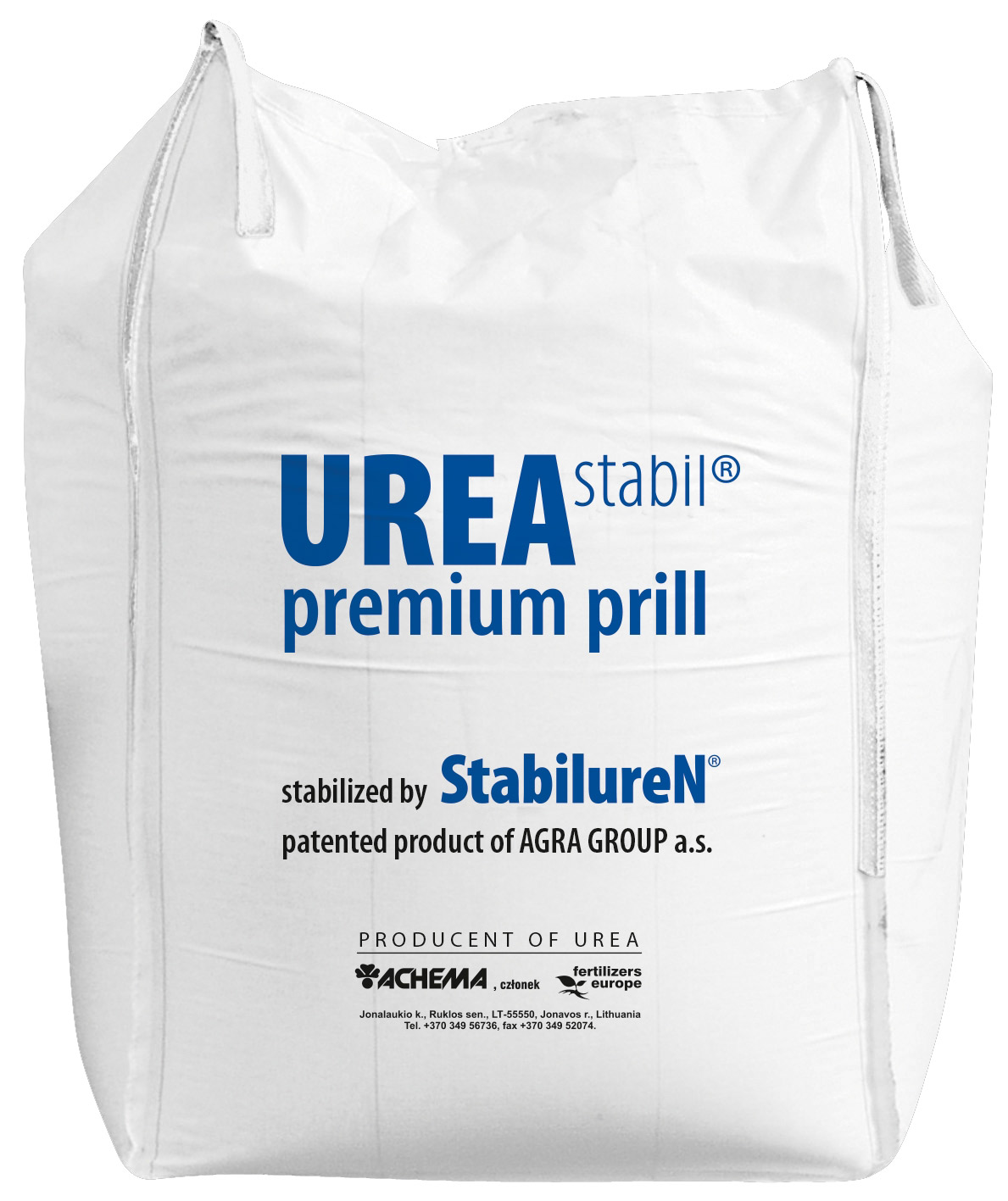 UREAstabil® is a new modern concentrated fertilizer based on amide nitrogen containing a urease inhibitor (NBPT). The fertilizer granules are sized, which guarantees a higher uniformed application and almost eliminates the presence of dustable powders. The urease inhibitor, which is used for coating the granule surface, delays the conversion of CO(NH2)² to NH4+ after dissolution, therefore increasing the direct efficiency of the applied nitrogen. The hydrolysis occurs only after the fertilizer solution has soaked in, when the inhibitor concentration decreases due to dilution. Its action does not cause any loss of N by leakage into the air during surface applications, it ensures rapid movement into the root zone and limits the undesired fixation of NH4+ on the soil surface out of the reach of plants.

Placed on the market as nitrogen fertilizer, ÚKZÚZ (Central Institute for Supervising and Testing in Agriculture) registration number 2546.

Purpose of Use and Action Mode

UREAstabil® fertilizer is used if we need to ensure faster nitrogen penetration into the root zone during surface application and increase its better availability for the plant. The use of UREAstabil® eliminates the so-called "slow" effect of urea and its properties are maintained for a specified period. Another benefit is the reduction of nitrogen losses by leakage of ammonia into the air, especially if it is not possible to soak the fertilizer in immediately.
The high effect of UREAstabil® fertilizer technology consists of two basic pillars:

We generally recommend use in these technologies:

We determine the UREAstabil® doses based on the total need of N with respect to the planned yield and the soil reserves of Nmin.

The dose and application period are chosen on an indicative bases according to the soil type and precipitation ratio on the site. According to precipitation ratio – in areas with certain precipitation, we can choose later periods from the recommended application, in dry areas early periods. According to the soil type – on lighter soils, we choose the doses in the lower third of the recommendation; on medium and heavy soils, we can apply the dose within the entire recommended range according to the crop requirements and the fertilisation system. In areas with a typical drought, early and higher doses are more suitable; sometimes the entire dose of N is applied to the crop as a one-time regenerative or seedbed preparation dose.

No content on this site can be distributed without the consent of AGRA GROUP a.s.